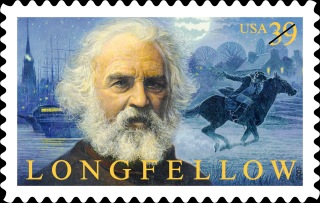 Henry Wadsworth Longfellow introduced several Sanskrit puzzles to American audiences as part of his novel, Kavanagh. Among them was this one:

“One-fifth of a hive of bees flew to the Kadamba flower; one-third flew to the Silandhara; three times the difference of these two numbers flew to an arbor; and one bee continued flying about, attracted on each side by the fragrant Ketaki and the Malati. What was the number of the bees?”