Proof of an illustration to an unidentified story
Wood-engraving After: Charles Green Block cut by: Joseph Swain 1860-1880 This week’s history column at the National Catholic Register is called A Saint’s Bones Recovered, An Anti-Catholic Plot Remembered, and it’s about the Oates Plot and the possibly recovery of the relics of one of its victims. Here’s a bit:

St. John Plessington was executed in 1679 in England for the crime of being of a Catholic priest. Now, the Diocese of Shrewsbury, England is hoping to raise funds for a DNA test to prove that some bones found in a pub long ago are, in fact, those of the saint.

St. John was killed in a wave of anti-Catholic violence triggered by the Oates Plot: a largely forgotten corner of Catholic history. The incident, also known as the Popish Plot, takes its name from Titus Oates, a bizarre figure who skipped from one strange incident to the next, leaving chaos and death his wake. He was a prolific liar and fraud, and motivated not so much by ideology as by a desire to cause chaos. 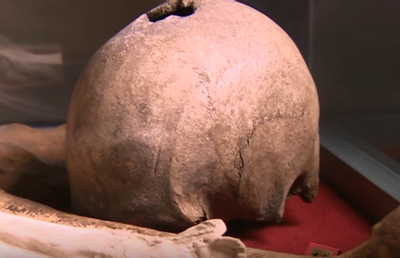